As Desiderious Erasmus once said and I agree: 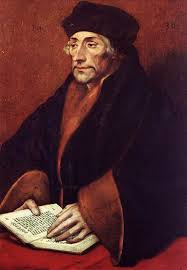 Desiderius Erasmus (1466-1536), the illegitimate son of a priest,  was born in either Rotterdam or Gouda in Holland. He himself was ordained a priest in 1492 but left the monastic life two years later to become secretary to the Bishop of Cambrai. He went to Paris to study theology in 1495, and to England in 1499, where he became a close friend of the humanists John Colet and Thomas More . Under their encouragement  he studied both the classics and religious literature. Erasmus traveled widely and was a prolific letter writer. In his letters he discussed the folly of war, the value of books, and the need to act from judgment rather than impulse.