As Colette once said and I agree: 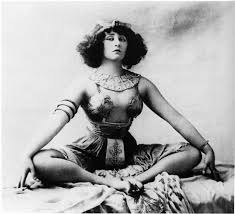 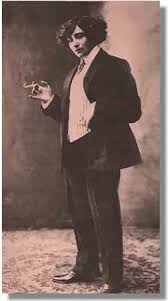 Collette, the prolific French writer and early feminist supporter, was undeniably a talented novelist. She blended fine characterizations with intricate wordplay, resulting in engaging portraits of women enduring the ordeals of life. 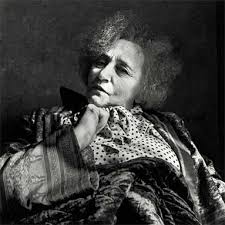 Born Jan. 28, 1873,  Saint-Sauveur-en-Puisaye, France   Died Aug. 3, 1954, Paris French writer. Her  first four Claudine novels (1903), the reminiscences of a  libertine ingenue, were published by her first husband, an important critic,  under his pen name, Willy. After separating from him, she worked as a music-hall  performer, a life she fictionalized in The Vagabond (1910). Among  her mature works are Cheri (1920), My Mother’s House  (1922), The Ripening Seed (1923), The Last of Chri  (1926), Sido (1930), and Gigi (1944; musical film,  1958), a comedy about a girl reared to be a courtesan. Her novels of the  pleasures and pains of love are remarkable for their exact evocation of sounds,  smells, tastes, textures, and colours. In her highly eventful life, she freely  flouted convention and repeatedly scandalized the French public, but by her late  years she had become a national icon.

In 1906, she left the unfaithful Gauthier-Villars, living for a time at the home of the American writer and salonist Natalie Clifford Barney. The two had a short affair, and remained friends until Colette’s death. She was also, according to author Jean-Claude Baker’s book Josephine: The Hungry Heart, involved for some time with actress Josephine Baker.

Colette went to work in the music halls of Paris, under the wing of Mathilde de Morny, Marwuise de Belbeuf, known as Missy, with whom she became romantically involved. In 1907, the two performed together in a pantomime entitled Rêve d’Égypte at the Moulin Rouge. Their onstage kiss nearly caused a riot, which the police were called in to suppress. As a result of this scandal, further performances of Rêve d’Égypte were banned, and Colette and de Morny were no longer able to openly live together, though their relationship continued for five years.[5] She also was involved in a heterosexual relationship during this time, with the Italian writer Gabriele d’Annunzio. Another affair during this period was with the automobile-empire scion August Heriot.

A controversial figure throughout her life, Colette flaunted her lesbian affairs.

During the German occupation of France during World War II, she aided her Jewish friends, including hiding her husband in her attic all through the war. When she died in Paris on 3 August 1954, she was the first woman given a state funeral in France, although she was refused Roman Catholic rites because of her divorces. Colette is interred in Pere Lachaise Cemetary in Paris. Posted by scorpio13th on August 3, 2012 in Colette, Eric Lindsay