As Carol Burnett once said and I agree: 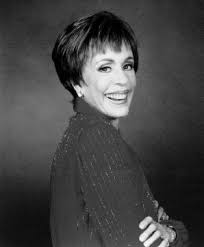 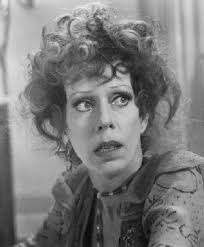 Carol Creighton Burnett (born April 26, 1933) is an American actress, comedian, singer and writer. She is best known for her long-running eponymous TV variety show, but she has achieved success on stage, television and film in both dramatic and comedy roles.

After a difficult childhood with alcoholic parents, Burnett discovered acting and comedy in college. She performed in nightclubs in New York City and had a breakout success on Broadway in 1959 in Once Upon a Matttress, receiving a Tony Award nomination. She soon made her television debut, regularly appearing on The Garry Moore Show for the next three years and winning her first Emmy Award in 1962. Burnett moved to Los Angeles and began an eleven-year run on The Carol Burnett Show which was aired on CBS television from 1967 to 1978. With roots in vaudeville, The Carol Burnett Show was a variety show which combined comedy sketches, song and dance. The comedy sketches included film parodies and character pieces. Burnett created many memorable characters during the show’s television run, and both she and the show won numerous Emmy and Golden Globe Awards.

During and after her variety show, Burnett appeared in many television and film projects. Her film roles include Pete ‘n’ Tillie (1972), The Four Seasons (1981), Annie (1982), Noises Off (1992) and Horton Hears a Who! (2008). On television, she has appeared in other sketch shows; in dramatic roles in 6 Rms Riv Vu (1974) and Friendly Fire (1979); in various well-regarded guest roles, such as in Mad About You, for which she won an Emmy Award; and in specials with Julie Andrews, Dolly Parton, Beverly Sills and others. She was also back on Broadway in 1995 in Moon Over Buffalo, for which she was nominated for a Tony Award.

From Wikipedia, the free encyclopedia

Posted by scorpio13th on August 4, 2012 in Carol Burnett, Eric Lindsay